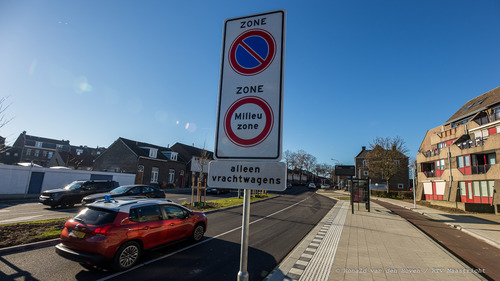 Preparations for an environmental zone (low emission zone) in the city were stopped last week, after it turned out that Den Haag and neighbouring countries such as Belgium and Germany have completely different ideas about the legal enforcement of such an environmental measure among other things. Partly as a result of this, the PvdA council fraction is concerned about air quality in the city.

PvdA Maastricht believe that too many initiatives are being postponed. That is why the social democrats on the city council want to know, for example, whether a ban on freight can be placed on the proposed site of the environmental zone, as a number of residents along the Tongerseweg are demanding. The political party also asks to look again at the ratio between the number of parking spaces in the centre and on the outskirts of the city, which is also 7,600 for next year as opposed to 600. Finally, the PvdA want Gemeente Maastricht to also work on agreements in which it is arranged that company parking spaces be used on weekends and in the evenings for residents and tourists. An example of such a location is the courts in Annadal in the west of the city.